Have we transformed our seas into a liquid desert? The documentary Desierto Líquido – Liquid Desert investigates overfishing through a journey that takes us close to the voices and lives of local fishing communities in Spain, Senegal and Mauritania. 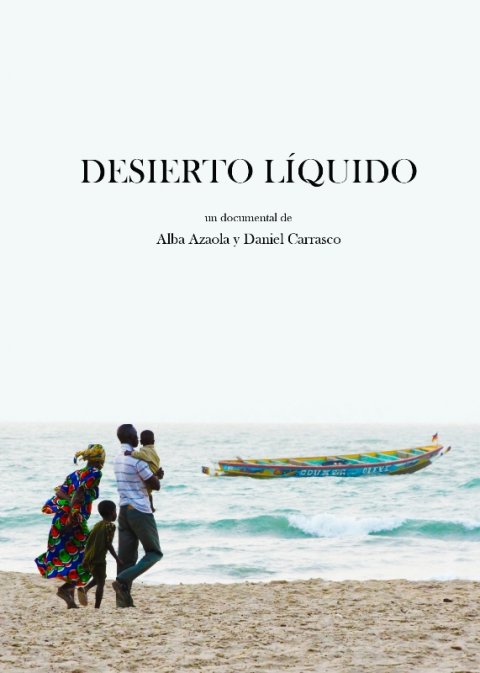 On the 25th of November 2016, the conference Blue EcoForum took place in the Maritime Museum of Barcelona. This one-day conference brought together different Spanish and European non-governmental organizations and local fisheries associations working on marine issues. Co-organized by the Foundation ENT, Eco-union, Posidonia Green, and the EUCC Mediterranean Centre, its objective was to stimulate debates on the state of the Mediterranean sea and fisheries.

The program included presentations from the New Economics Foundation, Seas at Risk, World Wide Fund, Union for the Mediterranean, APROMAR, Doctors without Borders, and Oceana, as well as parallel workshops on the topics of (i) sea governance: managing the commons, (ii) a sea of challenges: present & future of Mediterranean fisheries, and (iii) marine litter: towards cleaner seas. At the end of the conference, an impressive documentary Desierto Líquido (Liquid Desert) was screened with the presence of its co-directors, Alba Azaola and Daniel Carrasco, which was followed by a long and fruitful debate.

Filmed in Spain, Mauritania and Senegal, Desierto Líquido shows clearly the global problem of overfishing and throws light on why and how this happens. Throughout a journey that moves between Spain and Africa, this documentary describes plainly the negative socio-ecological impacts that intensive industrial fisheries, and particularly, the fishing method of trawling  have on marine ecosystems and small-scale fisheries communities.

The documentary gives voice to many small-scale fishing people living in Catalunya, Galicia, Andalucía, Senegal and Mauritania. For instance, it approaches those who were forced to quit fishing -and their identity as fishers for generations- as making a living from small-scale fishing became impossible. Their arguments support the declaration of an ex-European Parliamentarian that “it was a suicide to finance trawl fishing with public money”.

Overfishing is a global problem: 31,4% of global fish stocks are overexploited and 58,1% are fully exploited, as FAO’s report on the State of World Fisheries and Aquaculture reveals. The problem is even more severe in the Mediterranean sea, as exposed in the conference. Desierto Líquido goes beyond the numbers to explore both the role of international relations of capital and who are the powerful actors involved in this process. For instance, it illustrates very well the existing unequal relations between European fishing fleets extracting the marine resources of Africa -by establishing joint companies with Senegalese elites- and African small-scale fishing communities.

Strong images recorded in Senegal in 1983 show that back then local people were used to fish by directing shoals of fish to the coastline -by calling dolphins with a stick- and just walking into the sea, not deeper than one and a half meters, to capture the amount of fish sufficient for their nutrition for 3 to 5 months. The representatives of fisher folks and cooperatives also explain that, a couple of decades ago, fishing from 9 a.m. to 1 p.m. was sufficient to capture the fish they needed for their sustenance. Nowadays, they have to sail away from the coastline and stay offshore for about 10 days in order to catch the same amount of fish. In these periods, conflicts with bigger, industrial fishing vessels from Europe or mixed flagged are common.

Desierto Líquido is powerful because it conveys the views and arguments of African fisher folks and their political organizations. In contrast to some documentaries that talk of these huge social, ecological and political injustices through a tragic discourse based on the ‘destiny of poor Africa’, here the directors bring out the voices of Senegalese and Mauritanian local organizations and of those who have migrated to Spain as a result of these injustices. The title of the documentary comes from the claim of a Senegalese representative of fisher communities: “We humans have transformed our seas into a liquid desert”.

In the documentary, the representative of the Spanish environmental organization GAIA calls these immigrants eco-refugees – ‘eco-refugiados’. According to him, these are people who are forced to migrate in the search of means of living as the resources that ensured their livelihoods for centuries are depleted through the hyper-consumption in the high industrialized countries. The documentary exposes clearly how the extractivist models of industrialized economies based on overfishing are imposed on other countries as well as how Europe better welcomes the fish than the people coming from Africa.

This documentary demonstrates that both the fall of fish stocks and overfishing are not ‘natural’ ecological changes, neither ‘inevitable’ problems due to the population rise. It also demonstrates that these cannot be solved through a politics of ‘efficiency’ −as one speaker in the Blue Ecoforum claimed. Rather, it argues that it is the ceaseless search for resources of uneven capitalist extraction models, together with political and economic interests, what fuels the transformation of oceans and seas into a ‘liquid desert’.

The documentary recently was screened in festivals like EcoZine, Another Way Film Festival.

To contact the directors in order to organize a screening or to access to the entire documentary: desiertoliquido.docu@gmail.com